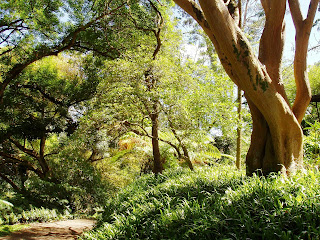 Wahiawa Botanical Garden is located on the island of O'ahu in Hawaii. The 27-acre botanical garden is located between the Wai'anae and Ko'olau mountain ranges and is home to all kinds of tropical plants. It is also supposedly home to the Green Lady.

The Green Lady is said to be a ghost who haunts the area around Wahiawa Botanical Garden. Legend says that she is a mother who would regularly go to the area with her children, but cross the gulch in Wahiawa instead of crossing the bridge as she was afraid her children would get hit by a car.

The story says that one night, while returning home, the mother got separated from her children and desperately searched for them in the gulch. When she tried to find help, she was unable to. The woman then went back to the gulch, and disappeared like her children.

Many people have claimed that, since that time, there has been a ghost in the gulch covered in moss and vines. The green ghost still searches for her lost children, and will supposedly take any children she comes across. Other stories say that she has green scales and hair covered in seaweed, as well as sharp, jagged teeth.

The "disappearing person turned ghost" is a common aspect in urban legends, and one we will see more of later…

*This post is #4 in a series concerning legends and folklore of monsters and paranormal beings throughout the USA. Check the label to see the others.* 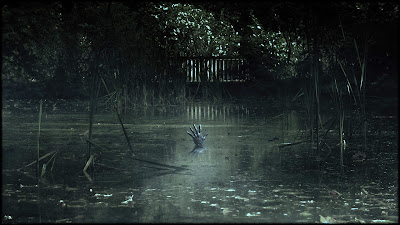