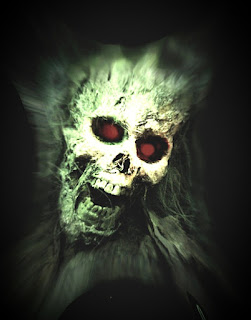 The Manatoc Scout Reservation, located in Cuyahoga National Park, Peninsula, Ohio, is said to be home to a ghostly mad man known around the campfire as "Red Eyes."

James Renner tells the story of Red Eyes in his book It Came from Ohio: True Tales of the Weird, Wild and Unexplained. He heard the story while a young boy scout in the early 1990s. According to Renner, it goes like this...

In late 1929/early 1930, a camp ranger at Manatoc had died. The only coffin available was child-sized, and definitely not big enough for a fully grown (and very tall) man. The Great Depression had hit, so buying another coffin was out of the question.

The camp elders and director debated about what they should do with the man's body. Since he had no immediate family, they decided to bury him there. They all drew straws, and the one who got the shortest one had to cut up the man's body so he could fit in the coffin. The body and appendages fit - but not his head. Not really knowing what to do now, the camp director just shut the lid and buried the body on the shore of Lake Litchfield. The whereabouts of the head, however, were unknown. Some say it was only tossed away, others that it was buried by the body, but dug up by a wolf.

In 1930, campers began to report seeing something strange in the woods - two red eyes. They would at first think it was only their lights reflecting on the eyes of a wild animal - but when the eyes approached, they found, to their horror, that in reality it was a floating head, with no body! The head would float through the trees as if searching for something, presumably the rest of its body.
Renner writes that one boy who saw the floating head was so frightened that he never spoke another word after the experience. Sometimes, he says, boys who were out to get firewood would encounter old Red Eyes. Sometimes they would never be back.

There's another version of this story as well, concerning a "mad farmer" who lived near Camp Manatoc. Bob Hubbard heard the story in 1953. He tells it to the scouts as he heard it.

Hubbard says that a farmer who lived on land directly next to the camp would often get angry about all the noise coming from the boy scouts. Because of this, he would sneak into the camp at night, and snatch up any boy he found outside of a cabin. "Sometimes you might see him staring in the window at you," Hubbard told Renner.

Rick Misanko, director of the Camp Traditions and History Committee at the park, has a third version of the story. The origins of this one, he says, are from around 1960 and concern "the Mad Mad of Manatoc." He told Renner:

Where Lake Litchfild is now, there was the Bloody Gulch. And through the Bloody Gulch ran the Burma Trail. Now, the Mad Man of Manatoc was an evil spirit who would pick off any young boy who happened to straggle behind his hiking group as they made their way over the Burma Trail, there. You had to stay with your troop because sometimes kids would get lost there.

Something was killing sheep at the farm beside the camp back then. It was supposedly a wolf. Though, it could have been a bear - we get those, sometimes. Others said it was the Mad Man, this spirit in the woods. Anyway, kids made a point to stay with their groups after that.


An evil spirit? An angry farmer? A body-less ghost?

With so many variations to the story, it is likely just a legend. Though that will not stop it from continuing for years to come...
*This post is #7 in a series concerning legends and folklore of monsters and paranormal beings throughout the USA. Check the label to see the others.* 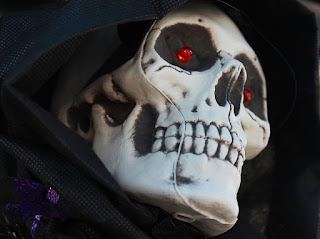