Cedarhurst Mansion and the Ghost of Sally Carter 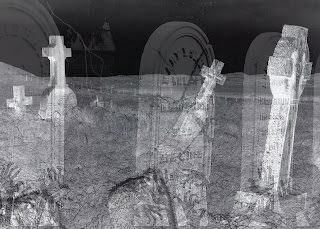 Cedarhurst mansion, located off Drake Avenue in Huntsville, Alabama, was built by Stephen Ewing in 1823. The mansion is home to the ghost of Sally Carter, who caught a fatal illness while visiting her sister Mary Ewing and died there on November 28, 1837.

The first story of Sally's ghost comes from 1919. One night, a 17-year-old boy from Dothan, Alabama slept in the mansion outside of Sally's bedroom. The night was stormy, and he had a dream in which Sally came to him and asked him to prop up her tombstone. When the boy woke up the next morning, he told his family about the dream and that he was going to check Sally's grave. His family laughed at him, but when he went to check the gravestone, it had indeed fallen down. The story ends with the boy returning home to Dothan, never to return to Huntsville.

Sally has also been seen walking the grounds of the estate where she died. Visitors to the house and workers have reported doors opening and closing by themselves, covers being pulled off of beds and lights being turned on and off. Workers have heard sounds of someone walking around upstairs at night.

One woman working at Cedarhurst mansion claimed that she realized she had misplaced some money after her shift ended one night. As she searched the grounds, she claimed she heard footsteps and her flashlight continuously flickered on and off. Once she gave up the search and returned to the guard shack, her flashlight worked perfectly and shone directly on her money she thought she had lost. She said she thanked Sally and heard a laugh sounding like a young woman's.

Others have claimed to have seen secret rooms filled with swords and knives in the mansion or give different origin stories for Sally's ghost. A commenter on the website Real Haunts says that Sally actually died because she fell down the steps on her wedding day. Her husband tried to catch her but only grabbed her pearl necklace, which snapped. He claims women have lost jewelry while in the house.

There are likely many other variations to this story, as there are will all hauntings. Does Sally Carter's ghost really haunt the grounds of Cedarhurst mansion?

*This post is #6 in a series concerning legends and folklore of monsters and paranormal beings throughout the USA. Check the label to see the others.*