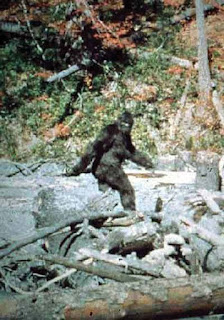 2018's Monster Week is kicking off on May 27th with the final episode of Finding Bigfoot on Animal Planet. Of course, it's not the only "monster" show on that week. Below is a list of some of the new shows premiering, most of which feature cryptid creatures. 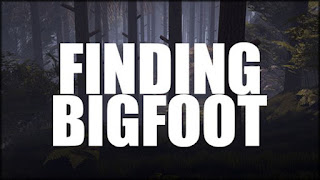 Finding Bigfoot - "The team of investigators returns for the 100th episode! In a two-hour 'Monster Week' special, the team travels to Willow Creek California to help celebrate the 50th Anniversary of the most famous piece of Bigfoot footage, the Patterson Gimlin film. The discovery of a new copy of the film brings forth the biggest Bigfoot discovery in decades, showing the clearest image of the creature in 50 years. Immediately following is a one-hour special that features the 'Finding Bigfoot' investigators and crew as they share their own stories and experiences together which spans a decade." Premieres Sunday, May 27 at 8 o'clock.

The Lost Kingdom of the Yeti - "From the Bhutanese wilderness, scientist and yeti-hunter Mark Evans hears fresh reports of repeated sightings and mysterious prints in the snow. Taking into consideration recent developments in DNA-science that could allow the creature responsible to be identified, Mark mounts a considerable expedition into the Himalayas and takes his search for the Yeti further than ever before. With inspired believers, a medical disaster, a forbidden mountain and a privileged appointment with royalty, this is an epic 'Monster Week' adventure." Premieres Monday, May 28 at 8 o'clock.

Weird, True & Freaky - "These are the scariest, most unbelievable animal encounters from across the globe caught on video! Whether attacking from above, or emerging from the depths, prepare to witness nature's most terrifying confrontations gone awry. And things get even more shocking - bizarre, alien-like beings prove that in the animal kingdom, anything is possible. We're counting down the top 10 most eye-popping moments caught on video." Premieres Monday, May 28 at 10 o'clock, with episodes all week.

Monsters of the Abyss - "Richie Kohler and Evan Kovacs are deep ocean technical divers and marine investigators on the hunt for sea monsters in the British Isles. They are drawn to the North Channel by the recent discovery of a German U-boat wreck that may be the legendary UB-85, long-rumored to have been attacked by a sea monster in the waning days of WWI. Along the way, they travel to Scotland to meet recent eyewitnesses to the most legendary sea monster of all - the Loch Ness Monster, and to investigate any possible links between 'Nessie' and the beast that may have attacked UB-85." Premieres Tuesday, May 29 at 8 o'clock.

Fear Island - "Veteran wildlife conservationist Bradley Trevor Grieve leads an elite team into uncharted Alaskan wilderness in search of Grandfather - a bear locals believe is the largest to ever roam the earth. To prove the massive predator's existence, the team will rely on ancient indigenous tracking techniques to obtain DNA and video evidence of the beast. But as they track it deeper into its deadly domain - an island with the densest concentration of bears on the planet - they realize that their greatest challenge will be surviving the expedition." Premieres Sunday, June 3 at 8 o'clock.

Of course, this is probably only a sample of the shows that will be airing during Monster Week. Will any be that good? I doubt it, since they will probably be just like ever other "monster" show on TV, but I'll check them out anyway - there is occasionally a good show or two during TV weeks focusing on them.