By Tyler April 24, 2018
"Monster Week" is coming next month on Animal Planet and it's starting off with the final episode of Finding Bigfoot.

Animal Planet's 'Monster Week' 2018 will kick off with the 100th and final episode of 'Finding Bigfoot,' TheWrap has learned exclusively. Not a bad way to get things going, or to finally bid adieu to a fan-favorite TV series.

The week-long celebration will be hosted by Rhys Darby ('Flight of the Concords'), Dan Schreiber and Buttons of podcast 'The Cryptid Factor,' and it also includes new episodes of 'River Monsters,' 'Expedition Unknown,' 'Deadliest Place on Earth' and 'World's Scariest Animal Attacks,' along with a slew of specials, we're told.

We've got the trailer for the annual event posted above and more details below - the news and footage is all ours, not that we're trying to be monsters about it.

'Monster Week' premieres Sunday, May 27 - that's Memorial Day Weekend, by the way - at 8/7c with the 100th and final episode of 'Finding Bigfoot,' which returns to television after more than a year-long hiatus.

The two-hour special features Bigfoot Field Researchers Organization president Matt Moneymaker, researchers James 'Bobo' Fay and Cliff Barackman and skeptical scientist Ranae Holland as they travel to the 50th anniversary celebration of the Patterson Gimlin film, which is often referred to as the holy grail of Bigfoot footage and the most famous piece of evidence ever recorded.

Cutting-edge technology brings forth all-new details of the creature captured on this film and leaves our investigators more convinced than ever about its authenticity, per Animal Planet. A farewell retrospective on the series follows. 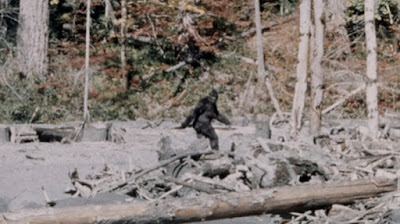 There are a number of other cryptid-related specials during Monster Week as well - more on them later!

I for one am kind of glad Finding Bigfoot is ending, though I find it kind of odd they decided to do it now with one episode after having been off the air for so long.

What do you think about the show ending?