Daily Mail: "What to do if you catch the Loch Ness monster" 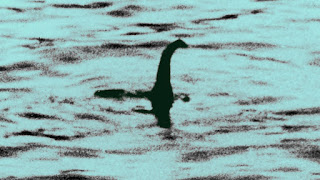 In 2001, the Scottish National Heritage created a "partly serious, partly fun" code of practice to be used if a Nessie is ever actually caught at Loch Ness.

Since interest in the creature has been growing thanks to the recent DNA study of the loch by a team of international scientists, the plan is begin brought back up.

The Daily Mail says that "[The code] states that a DNA sample should be taken from any new creature, so that scientists can study it."

"Then it should be released back into the loch with measures put in place to make sure it is not disturbed - as it would be an extremely rare species needing conservation."

Nick Halfhide, a member of SNH, said: "There was a lot of activity on the loch at the time about Nessie [2001]. So, partly serious and partly for a bit of fun, we drew up a contingency plan about how we would help Nessie if and when she was found. Some of the lessons we learned then have been relevant when we have reintroduced species like sea eagles, and were used when, a couple of years ago, four new species were found in the sea off the west coast."

If Nessie were to be discovered, this would lead to a boom in tourism to the loch, which brings in around 400,000 visitors a year from around the world.


Niocla Sturgeon, first minister of Scotland, has stated that she believes that the Loch Ness Monster does indeed exist.