The Evolving Mystery of the Brown Mountain Lights 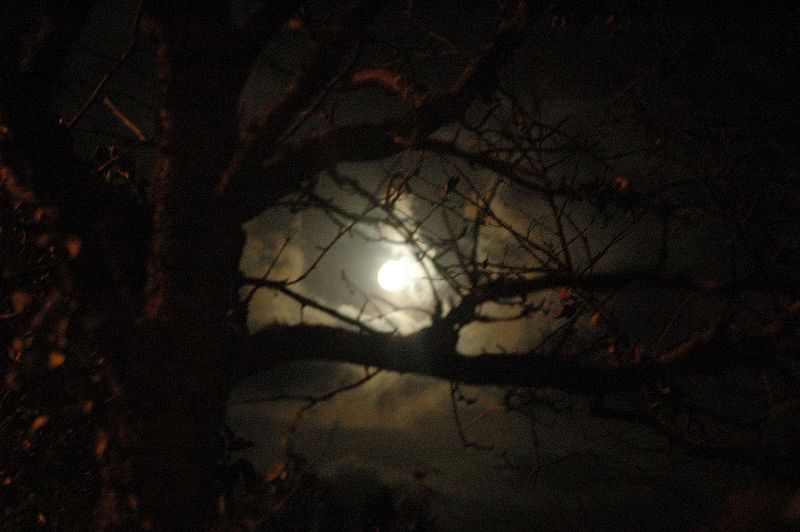 I recently went on a trip to North Carolina, so for this week's folklore/legends post, I decided to focus on the Brown Mountain Lights of NC.

The Brown Mountain Lights are mysterious ghost lights seen along the titular mountain, which is located in Pisgah National Forest in western NC. Tales of the Brown Mountain lights go back quite a long time, with one of the first accounts dating from the Charlotte Daily Observer of September 24, 1913. A man who was fishing claimed he witnessed "mysterious lights just above the horizon" every night. The man said the lights were circular in shape and red in color. Shortly afterwards, D. B. Stewart, an employee of the U.S. Geological Survey, said the man had only mistaken distant train lights for something mysterious.

The U.S. Geological Survey began an investigation of the mystery lights in 1922. According to the Brown Mountain Lights website, George Mansfield, who did the research/investigation for the USGS, concluded that, after studying the area and its weather conditions for weeks, the lights were "47% auto headlights, 33% locomotive lights, 10% stationary lights, and 10% brush fires." The lights have been investigated another time by the USGS, as well as the U.S. Weather Service and the Smithsonian. But, was the USGS correct in their conclusions?

"Almost everyone clearly saw the report as clear hogwash," says the Brown Mountain Lights website. And, indeed, it may have been... for the lights were seen (supposedly at least) before the invention of automobiles and locomotives. And, in 1916, a flood washed out transportation routes in the area, and cars and trains could not travel there for over a week; yet, during this time, the lights were still reported.

Teams from the Oak Ridge National Laboratory in Tennessee and a group called The Enigma Project investigated the mystery of the lights in the 1970s and '80s, but failed to come to any conclusions as to their true nature.

There are many, though, who doubt the authenticity of the lights.

"In investigating the Brown Mountain Lights, I discovered that the phenomena - plural - have evolved over time, along with explanations for it," writes paranormal investigator (and skeptic, which is not a bad thing) Joe Nickell. He considers there to be three main "historic periods" of the phenomena: myths and superstitions in the area (before 1913), the period from 1913 to 1960, when many serious investigations were carried out (including some mentioned above), and another period after 1960, in which UFOs and paranormal aspects become involved. "For example," Nickell writes, regarding the paranormal phase of the history, "a local man named Ralph Lael claimed to be in telepathic communication with the lights, which he said directed him to a secret crystal-filled cave. From there, he said, alien humanoids from a planet called Pewam took him on space trips as the advised him how to save Earth. Lael operated the Outer Space Rock Shop Museum, where he exhibited an 'alien mummy.' A grainy photo shows it looking for all the world like a carnival sideshow fake. However, since Lael died, the whereabouts of the 'creature' have become unknown."

Nickell also writes that "In 1990, a book by 'Commander X' identified Brown Mountain as one of several other 'underground alien bases.'"

He continues, on the paranormal aspect: "Meanwhile, the lights' early folkloric identity as ghost lights resurfaced as part of the ghosthunting craze of modern times. Thus amateur enthusiasts are drawn to the mountain as to an old house, graveyard, or other 'haunted' sight." Anyone who has seen a paranormal TV show with an episode or segment on ghost lights (Brown Mountain or other) knows this to be very true.

There are several spots along the Brown Mountain that are said to be good spots to see the lights. These include the Brown Mountain Light overlook (mile post 310 on the Blue Ridge Parkway); Green Mountain overlook (mile post 301); Highway 181 between Morgantown and Linville; Tablerock, outside of Morgantown; and Wiseman's View, outside of Linville Falls. The best time of the year to spot the lights is supposed to be September through November.

While many have looked into the mystery of the Brown Mountain lights, their true origin remains unknown. Undoubtedly, there will be those who are skeptical of them, and those who believe they are something truly strange, like UFOs or something paranormal. But, whatever they are, they will likely continue to attract people to the area for a long time to come. And, maybe someday there will be a "fourth" chapter to their history.

*This post is #8 in a series concerning legends and folklore of monsters and paranormal beings throughout the USA. Check the label to see the others.*