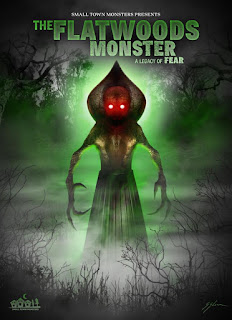 One of the most famous UFO cases of all time is one that occurred in Flatwoods, West Virginia, in 1952. The witnesses at the time claimed to have seen a strange craft land, and then encountered a terrifying being that has become known as "The Flatwoods Monster" when they went to investigate.

Small Town Monsters is tackling the story in their new documentary The Flatwoods Monster: A Legacy of Fear. The film will be released in April, and I recently got an opportunity to check it out early.

The tone of the film is like that of a 1950s B-movie sci-fi film. When scenes are filmed in this way it really works well since the case occurred during the time when UFOs and aliens were a popular thing on the silver screen. 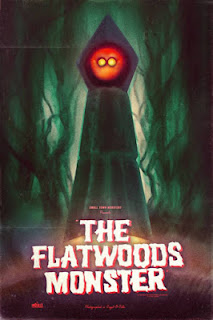 The Flatwoods case occurred on September 12, 1952. On that day, many UFOs were seen flying over the US and Canada and the state of West Virginia. Witnesses saw one of these UFOs land. Two of the original witnesses, Ed and Fred May, are interviewed about the incident in the film. UFO sighings in general are featured as well.

The influence the story has had on the town is also a big focus of the movie. Several residents and other people who live close to the area talk about what they think of the story and how it has brought a little bit of fame to Flatwoods for being "Home of the Green Monster."

An interesting bit is when an old recording of Ivan T. Sanderson is played. He looked into the incident after it occurred and tells about what the witnesses said happened that night.

Since this documentary only focuses on one incident, it is not quite as long as some of STM's other films like The Mothman of Point Pleasant or Boggy Creek Monster. This does not mean the content is not as good, however.

The Flatwoods Monster is an excellent documentary and one of Small Town Monster's bests. The story is interesting, the visuals are fantastic, and while examining the tale of the monster, it feels like a fun 1950s sci-fi movie. I highly recommend this movie to those interested in the Flatwoods Monster mystery and the unexplained in general.

The Flatwoods Monster will be released on April 6th. It can be pre-ordered here. 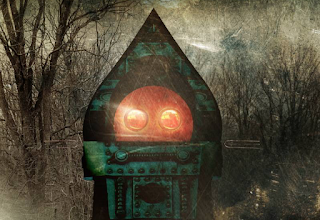